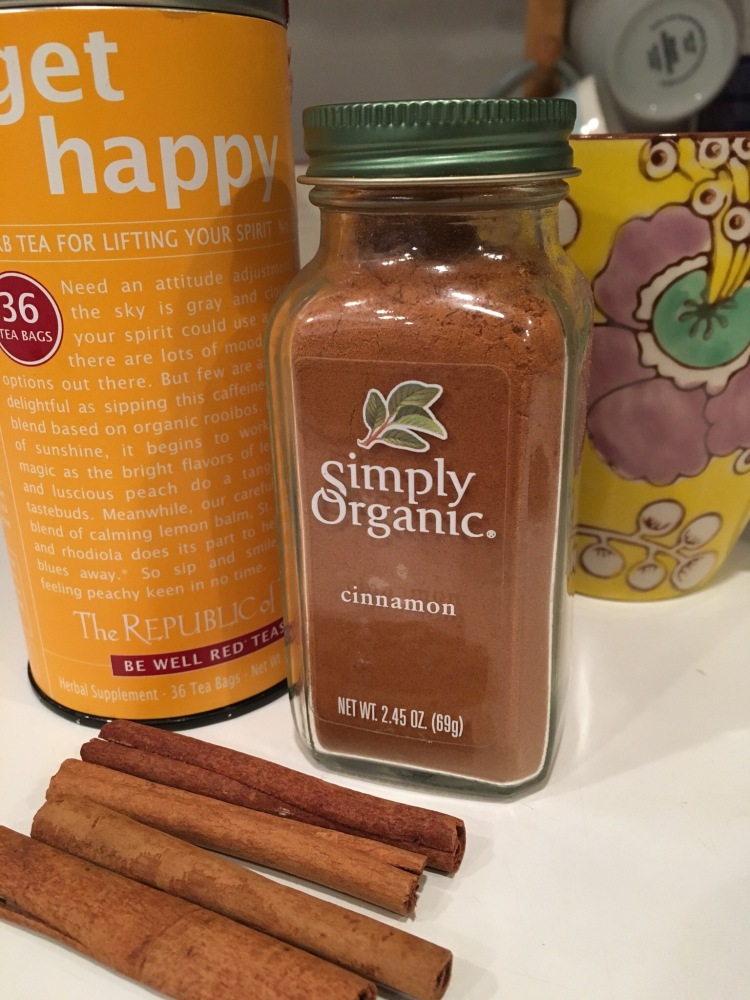 I have read that cinnamon can help stabilize blood sugar.  Okay.  I’ll try it.

My first attempt at adding cinnamon to my coffee was less than successful.  Apparently, cinnamon does not dissolve.  In fact, it gets kind of gooey, almost gelatinous.  Weird.  Next I tried putting it into my Ninja blender with a bit of milk and coconut oil.  That was much better.  But also more work.  This weekend I settled on adding a bit of coconut oil and cinnamon to the cup and then adding my coffee.  I think that will work.

I have been sprinkling cinnamon on sliced apples for a snack or toppping a piece of toast with coconut butter and cinnamon.  Last night I added cinnamon to my yogurt – yum!  I don’t eat oatmeal but I hear that cinnamon on top of cooked oats is good.  I bought some cinnamon sticks and plan to leave one in my cup of tea or even just warm water.  That seems a good option for work.

7 thoughts on “Mondays in the kitchen – cinnamon”